The ‘saddle-back’ tower continues the tradition of the saddle-back tower of the mediaeval church building.  Butterfield had not wanted this type of tower but it had been used as a land mark by seafarers for centuries and must have been a welcome sight for sailors returning to Cardiff or Newport as they knew they were near their home port.

During the Second World War there was apparently a plan to raze the tower, or possibly the church, to prevent the distinctive tower being used by German bombers as a guide to Cardiff docks.

St Augustine’s is believed to be the only British ecclesiastical building to be shown on an Admiralty chart. [Admiralty Chart 1182] 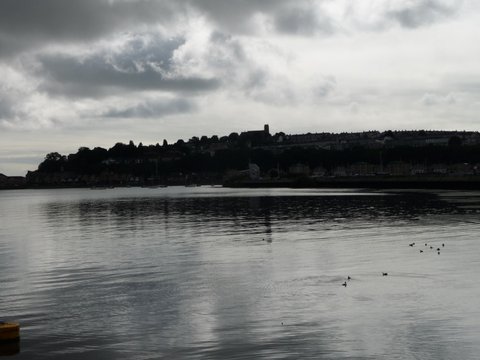 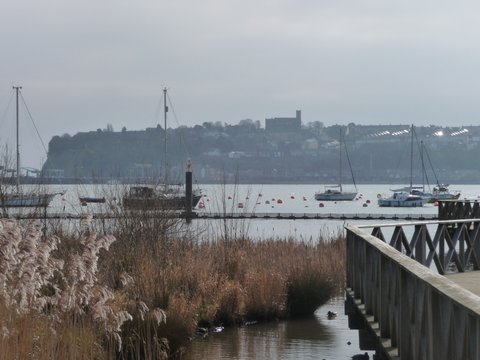 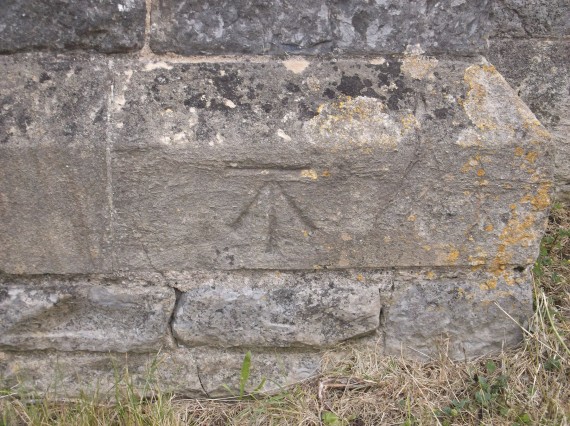 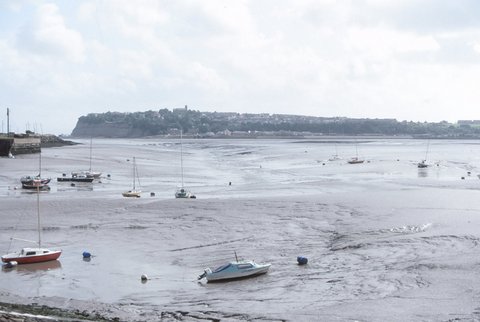 View from across Cardiff Bay before the Barrage 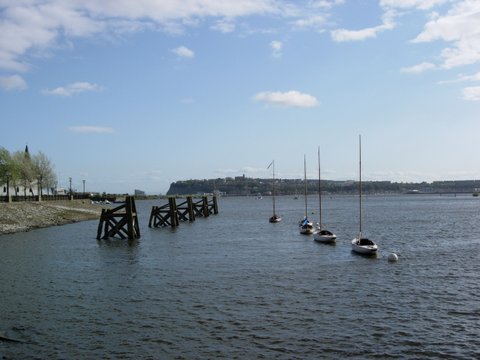 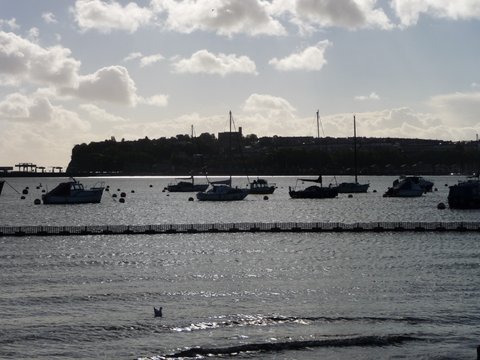