The lettering on the Roll of Honour was deteriorating. 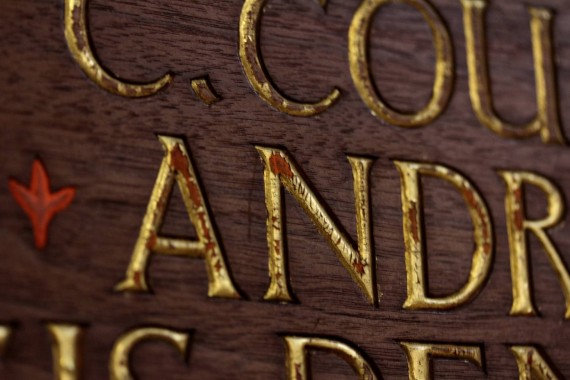 The lettering was deteriorating 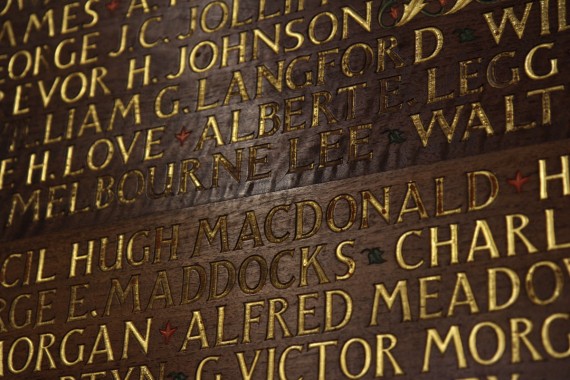 The Friends of St Augustine’s first project was to have the Roll conserved for the anniversary of the outbreak of the Great War in 1914.  This was made possible by grants from the Heritage Lottery Fund and the War Memorials Trust and with the support of the Rector and the Parochial Church Council.

The Roll of Honour was re-dedicated by Archbishop Barry Morgan during a service on 3rd August 2014.

A book has now been produced tracing the history of the Roll of Honour.  Copies are available to buy, price £5.00.  The leather bound and tooled presentation copy will be dedicated during the 10.30am service on 17th July 2016 and will then be on display in the church in a specially made display case. There is also a leather bound facsimile copy.

A second book, “Sons of Penarth”, giving details of the lives of the men on the Roll of Honour who died in, or as a result of, the Great War has now been published. Copies are available, price £9.99.