Edwin was born in Penarth. In 1911 he lived at 39 Salop Place, Penarth with his parents Charles and Esther Chick and siblings William, Arthur, Frank and Esther. Edwin married Florrie Minnie Price at St Augustine’s 26th December 1911 and they lived at 15, Grove Terrace, Penarth. He was an insurance agent and was formerly employed by Messrs J Rees & Co., Drapers of Windsor Road.  Edwin was ex-sec of Wednesday AFC. He served in the 14th Battalion, the Welsh Regiment with the rank of Private (service number 54470). Edwin died on 20th September1918 aged 30 and is buried at V. A. 3. (Terl)Incthun British Cemetery, Wimille. He formerly served in the Glamorgan Yeomanry (service number 2898).

The photographs have been kindly supplied by Michelle Chick. 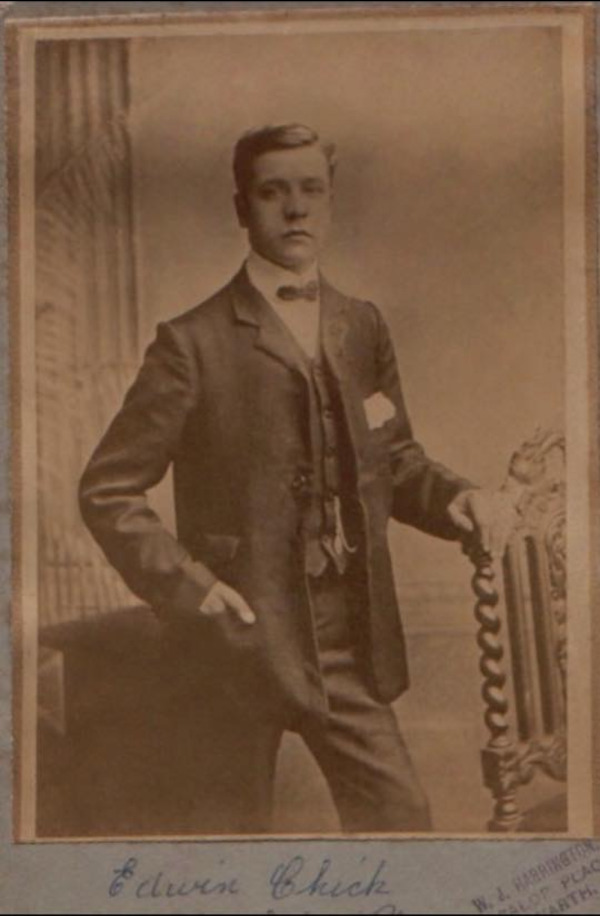 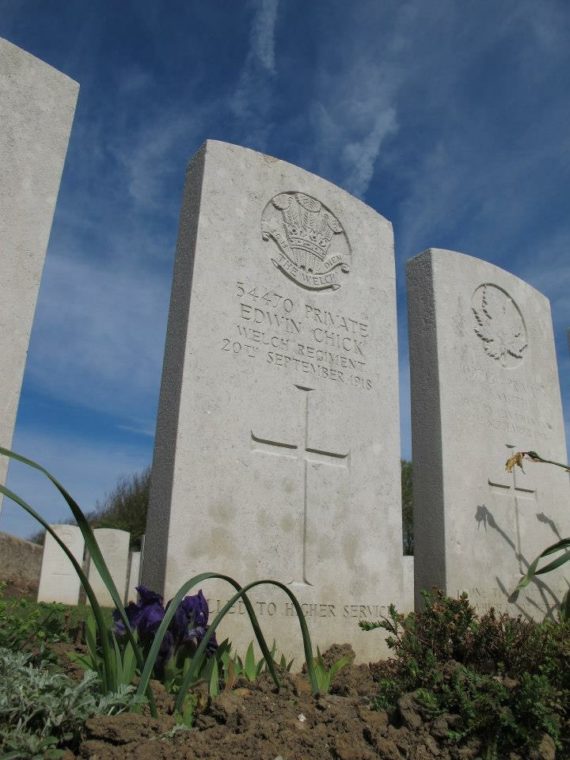